Just vegetables and fruits and wow...

September 04, 2014
Updated: Fall 2019
When I wrote this post in 2014, I had recently joined a new community of health-minded individuals, and after five years with Juice Plus, I went back and updated, shorted, and revised this post so you can all see and hear how powerful a consistent practice can be of adding more plant matter to your body.
Our Story – The Kennedys and Juice Plus 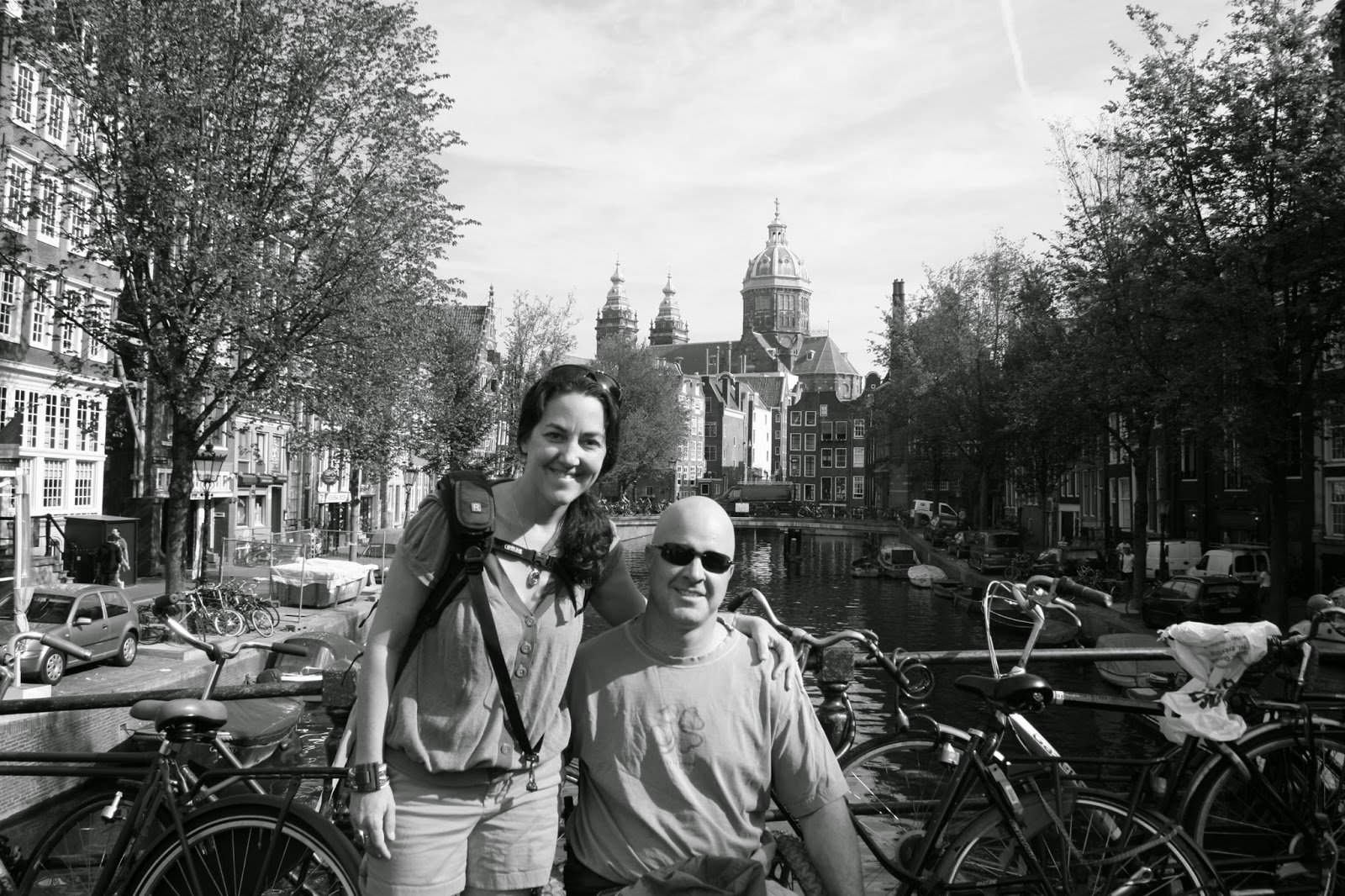 In 2007, Craig broke his femur waterskiing.

Craig is a T-12 paraplegic, meaning his spinal cord was severed at the Thoracic #12 vertebrae, just above his hips. Craig was injured skiing in March 1996 in Steamboat Springs, 2 years after moving to Colorado, just before his 25th birthday, and has used a wheelchair ever since. It doesn’t slow him down. It didn’t affect his love for skiing.  And it didn’t affect his soulshine.

Craig and I met in 1998, at a bar in Steamboat, and we started dating in August 2000. I fell in love with Craig because of his Can-Do contagious attitude, and immediately we started traveling together.

On an Alaska trip in 2002 we realized there was a strong need for young adventurous travelers to promote and educate about the importance of accessibility, and by 2003 we had started our company, Access Anything. We published our first travel guidebook in 2005, our second in 2007, and spent 7 great years touring the country, consulting with businesses of all sizes, creating adventure camps, and promoting adaptive travel for people with disabilities.

So in 2008, Craig was waterskiing with our “Behind the Boat” waterski camp – two days of waterskiing and wakeboarding for all abilities – when he took a bad fall and spiral-fractured his femur. At the hospital, the orthopedic surgeon said his bones were so brittle from lack of use that he could probably break Craig’s other leg with his bare hands. (Eh!) The doc prescribed calcium to Craig to help with his bone density and strength, but he wasn’t optimistic it would help. (Double eh!) Being a naturalist, we immediately went to our health network. Craig got some Chinese herbs from our acupuncturist, and we talked to everyone we knew about the calcium issue.

During that time, a friend asked us if we’d like to come to a health-talk. This was our first exposure to Juice Plus. The speaker was Jennifer Myers, National Marketing Director with Juice Plus and had been with the product since its inception in 1994, and when Craig asked her about studies on paraplegia, calcium, and bone density, she said she’d dig up some great info for him to provide his workman's comp, showing that whole food nutrition is a much more efficient way for hte body to absorb calcium. Craig's insurance has been paying for his Juice Plus products ever since.

Over the next 7 years, I watched Craig's health improve - he started craving better food, getting sick much less, having more energy, and even losing a little weight (not that he needed to). But while he was getting healthier, I was getting sicker.

In 2010 I was diagnosed with Psoriatic Arthritis – I’ve had Psoriasis since I was 14, so I knew it was likely going to hit me in my 30s, as it does with nearly half of the cases. The pain in my fingers quickly got to be unbearable, and I started to look deeply at my diet.  Immediately I cut out gluten and I felt better for a short time. I lost weight, I had energy, and I was hopeful. But within a few months, the pain started creeping back. I then began a long road of elimination diets, and over and over I was disappointed with the results.

In 2014 the bottom dropped out, and I was diagnosed with Hashimotos, or Hypothyroiditis, and while I was relieved to know what was wrong, I was devastated to have to go on a dessicated pig thryroid medication - for "the rest of my life," according to my doctor.

Another friend stepped in and said, "I don't think you fully understand Juice Plus," and so I took a deeper look.

I listed to a set of recordings with Dr. Paul Williams, ER Physician and 1996 Olympic Physician, and I just got it. I was malnourished, my body wasn't absorbing nutrients anymore, and it was exhibiting that through my thyroid.

While I did take the Synthroid medicine at the start, I started on Juice Plus at the same time, and after a year I decided to wean myself off the Synthroid, and started getting my bloodwork done every 6 months to make sure I was ok.
Now, 5 years later, my doctor still says "I wouldn't diagnose you with Hashimotos," and my bloodwork is in the "perfectly healthy" range. Not only that, but I sleep like a rock. I never used to be able to sleep well through the night every night, and now it's a rare night when I don't sleep. I also have very little inflammation, the foods that used to bother my gut no longer do, and I feel vibrant and healthy and younger than my years actually are.

I am so grateful for my friends speaking so loudly and bravely to us, that I decided to join the mission of health as well. People need to know what we know. Our world is getting sicker and sicker, younger and younger, and it's just not right.

So I am honored to be a part of the Juice Plus family and sharing it with others, helping others recover the way Craig and I have - because more fruits and vegetables is truly just what the body needs. The body doesn't heal without it.

Message me if you want to chat more about it, or have questions.

Popular posts from this blog

April 14, 2009
A few weeks back I added two posts for making your own face products. Along that same home-factory-idea line is the typical bath salt. I laugh when I see them in the store for $15, when it's often only $1 of Epsom or Sea Salt and a few drops of essential oil, plus $10 of preservatives you DON'T want on your body! I making salt baths more regularly after a car accident several years ago that left my back in a pretty poor state of health. I was taking a pain-bath about 3-4x a week and it helped immensely. Now I take them for all sorts of reasons: relaxation, menstral cramps, headaches, chest colds, aching muscles, and psoriasis flare-ups. The salt is the base to this so let's start there! SALT First, all salts are sea salts either mined as rock or evaporated from the saline solution. Sea salt is sodium chloride, and is used in cooking and cosmetics. "Dead Sea Salt" is proven to have the highest content of body-healing minerals it it, from the Dead Sea. T
Post a Comment
Read more

July 15, 2009
Recently I've been putting my researching brain cells to work on studying the Gluten Free way of life. Since the age of 14 I have had psoriasis, and recently it's been showing signs of progression to psoriatic arthritis, a progression that occurs in about 20-40% of the cases (studies are still incomplete, although the reverse is 80% of PA patients have had psoriasis, so the two are definitely linked). I've been tested for allergies in the 1980s (none), and I'm a pretty natural consumer as well, so I don't use body products with harmful ingredients like parabens or sulfates. Herbal and homeopathic remedies and dead sea salts have all helped reduce my inflammations, but have never eliminated the disorder completely. I was vegetarian for 7 years in the 1990s, and that never cleared up my psoriasis either. Because of its progression I've started researching the diet and how it relates to the disorder, and stumbled upon several articles and studies that now lin
18 comments
Read more

DIY (Do It Yourself) Irrigation

July 09, 2021
Hey gardeners, if you spend your days dragging around hoses to make sure every beloved plant gets watered, then this PSA tidbit is for you. That was me, for 7 years  –  moving hoses like a mule. We moved into our house in Steamboat II in 2013, promptly put in a new perennial bed along our front walk with the cardboard-lasagna method , and began taking divided plants from friends and the You Dig It program to fill it in. It’s a long bed, the length of our 40-50’ walkway, and about 5’ wide, so yes, that meant I was dragging around hoses to water it because the water pressure in our older home isn't strong enough to push water through more than one 3/4" hose. Mondays it was the front of the bed, Tuesdays it was the back of the bed, and so on. We even put in 2 berms at the edge of the yard, to reduce our grass acreage, but because of our lack of a watering system, those fill-dirt piles sat there for 4 years without water or plants, an eyesore to the neighbors, I'm sure. Ov
Post a Comment
Read more